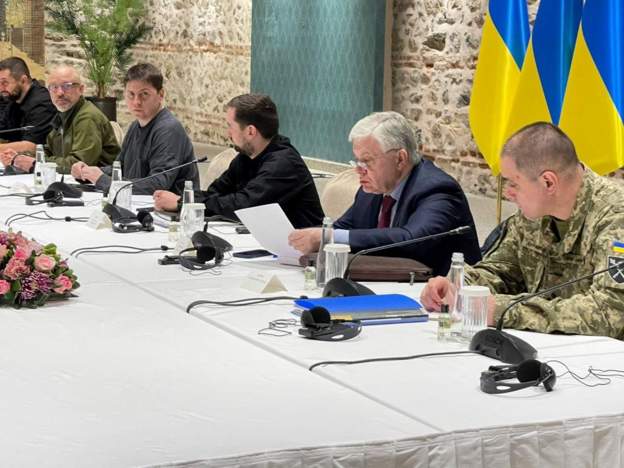 Ukraine has said it would adopt neutral status – one of Russia’s key demands – in return for security guarantees, its negotiators have said, the BBC reports.

Neutral status would mean Ukraine would not join any military alliances, such as Nato, or host military bases.

Poland, Israel, Turkey and Canada could be among the potential security guarantors for Ukraine.

The proposals would also include a 15-year consultation period on the status of Crimea and would come into force only in the event of a complete ceasefire, Ukraine said.

Its negotiators said there was enough material in the current Ukrainian proposals to warrant a meeting between Zelensky and Russian President Vladimir Putin, adding they were awaiting Russia’s response.

Ukraine was previously offered a path to join Nato, which Russia fiercely opposes.