Macron calls for restraint after Biden’s harsh remarks against Putin 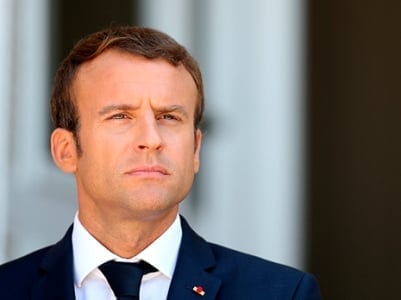 French President Emmanuel Macron called for restraint in dealing with the Ukraine conflict, after US President Joe Biden described Russian President Vladimir Putin as a “butcher” and said he should not remain in power, Reuters reported.

“I wouldn’t use this type of wording because I continue to hold discussions with President Putin,” Macron said on France 3 TV channel.

“We want to stop the war that Russia has launched in Ukraine without escalation—that’s the objective,” Macron said, noting the objective was to obtain a ceasefire and the withdrawal of troops through diplomatic means.
“If this is what we want to do, we should not escalate things—neither with words nor actions,” the French president said.