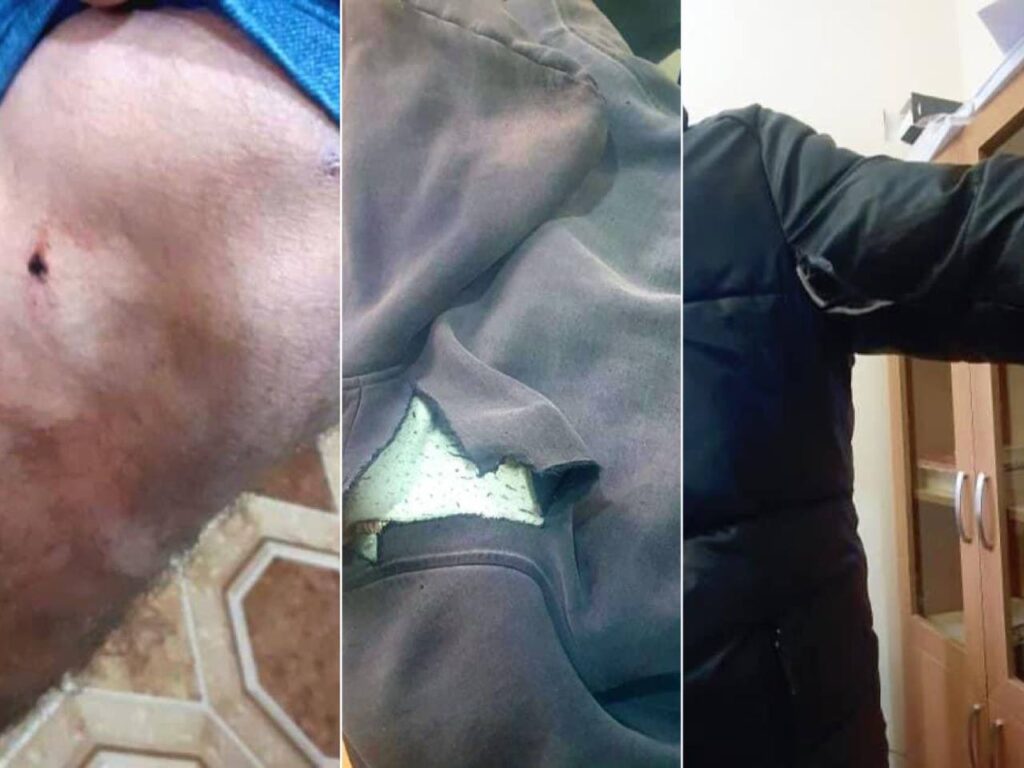 On December 4, a convoy of Azerbaijani trucks was once again organized along the Mataghis-Karvachar route, accompanied by Russian peacekeepers. In addition to trucks, there was one passenger car in the convoy with 4 Azerbaijanis in civilian clothes. This is reported by the Ministry of Internal Affairs of Artsakh.

Due to technical reasons, the convoy stopped in the Getavan community of Martakert region, after which the Azerbaijanis in the passenger car got out of the car and started to show rude and provocative behavior towards the Armenian youths there.

A dispute arose on that ground, during which the truck drivers joined the said Azerbaijanis and used violence against the Armenian youth.
In order to stop the dispute, the relatives of the young people came to the same place, during which the parties dragged each other.

The participants of the incident received minor physical injuries. The Azerbaijani passenger car was also damaged.

According to preliminary information, the persons in civilian clothes are employees of the armed forces and military police of Azerbaijan, however, the regular use of the mentioned route with the mediation and accompaniment of Russian peacekeepers should have only humanitarian purposes.