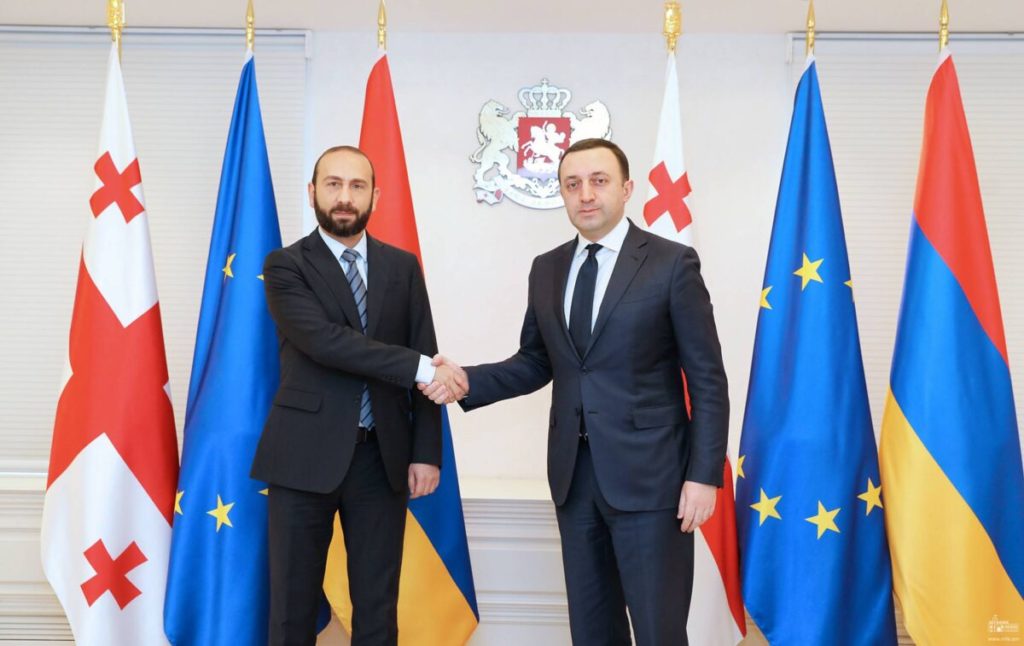 The interlocutors commended the Armenian-Georgian effective cooperation, highlighting that regular high-level meetings give positive dynamics to the further deepening of collaboration between the two countries.

Ararat Mirzoyan expressed conviction that the strengthening of mutual confidence and consistent dialogue between the two countries will contribute to regional security and stability. He underlined that the further development of friendly relations with Georgia has a strategic significance for Armenia, enshrined also in the 2021-2021 program of the Government of Armenia.

During the meeting, the continuous works of the Intergovernmental Commission for economic cooperation was emphasized.

The Minister of Foreign Affairs of Armenia also presented the situation resulting from the incursion of the armed forces of Azerbaijan into the Parukh village of Nagorno-Karabakh. The importance of undertaking steps towards halting the tension was stressed

The interlocutors also touched upon other international and regional issues, emphasizing the need for the establishment of stability and peace.